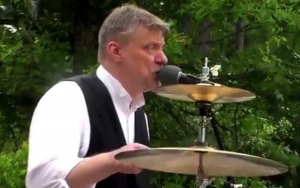 After joining American Artists he moved to Atlanta, Ga. and has been drummer and percussionist for local super talents here since the 1980’s –

Opening for major stars such as Lynyrd Skynyrd & Sea Level plus playing all local venues including The Cotton Club & Masquerades (as well as) the 1996 Olympics in Atlanta.  This will lead him to work with some of the most prolific song smiths in the city.

Jazz By Two is the current pet project. It is ever amazing to me the big sound we extract from two guys!  We get this “sound” by experimenting with keyboard voicing, programming and arranging to make use of Jeff’s incredible talents.

Jazz By Two was spawned from his solo project, “A Sparkling Planet” (a mix of exotica mood / jazz / bebop / latin / swing) a real euro-lounge type of experience. That band had quite a bit of success  since 2006 in cigar bars, ultra lounges, “Big Band” revival bands and festivals that were popular at the time.  Music is very dear to me. “Everyday, I am amazed how much more there is to discover and that I have only scratched the surface.”

Jeff Andrew Simpson has been delivering the message of jazz through his performance, compositions and arrangements, and his voice as an educator for almost 15 years. He does all of this with conviction because jazz is not merely his music; it is his life, his spirit an affirmation of his faith, and his philosophy. It is no surprise then, that this outstanding compilation of music is an authentic representation of the personal and artistic development of a truly gifted jazz musician. And what a way to begin his recording career!

Growing up as the son of jazz disc jockey and concert producer Jack Simpson laid the foundation for Jeff’s career in jazz, when at the age of 10, he met musicians such as Ira Sullivan, Howard McGhee and Dizzy Gilespie. He then began piano lessons, guitar two years later, and joined the Jr. Messengers, a 60 member interracial singing group designed to spread brotherhood that was founded by his mother.
At age 15, he began writing songs and soon discovered his passion for music. After a brief attempt at a career in professional golf,  Simpson refocused on music, jazz in particular, taking up the saxophone. He soon carved his niche as a premier performer with his broad tradition filled sound on tenor saxophone and his haunting nuance on the flute.

Jeff’s concept of performing jazz was formed and ingrained through countless performances by his mentor, jazz legend Ira Sullivan. ” Every time I watched Ira play, there was an unmistakable magic happening on stage and with the music. I wanted to be a part of that”. Starting with jam sessions with his mentor, he suddenly found himself in the role of leader and was hooked. He found great success leading jazz groups at major concerts and festivals throughout Florida.

Here, he has brought together an impressive group of musicians that create a sound that is both energetic and moving. Pianist Bill O’Connell has performed with Mongo Santamaria, Sonny Rollins, Chet Baker, Dave Valentin, Gato Barbiera and more recently with vocalist Jon Lucien. Trumpeter Marcus Printup, a 10 year veteran with the Lincoln Center Jazz Orchestra, has 5 CDs to his credit and is considered one of the foremost performers on his instrument. 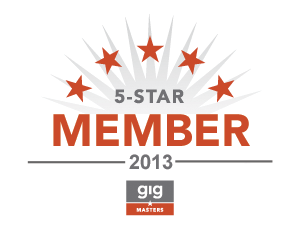